In our double-feature conversation with Dr. Sole mastermind Chao-Yung Lin earlier this year, he hinted that the next release from their in-house Pioneer Brand would be a service boot inspired by a pair from their archive of vintage boots and shoes. Lo and behold, it has finally arrived: the OZ Trooper. In stark contrast to the athletic-wear roots of Pioneer’s first release, the Game Changer, the OZ Trooper (the name is short for Aussie Trooper) is an unmistakable homage to military boots of the early 20th century. The pattern is an interpretation of the Australian Army’s 10085 Ankle Boot, military-issue footwear that was originally introduced in 1942 during the second World War. 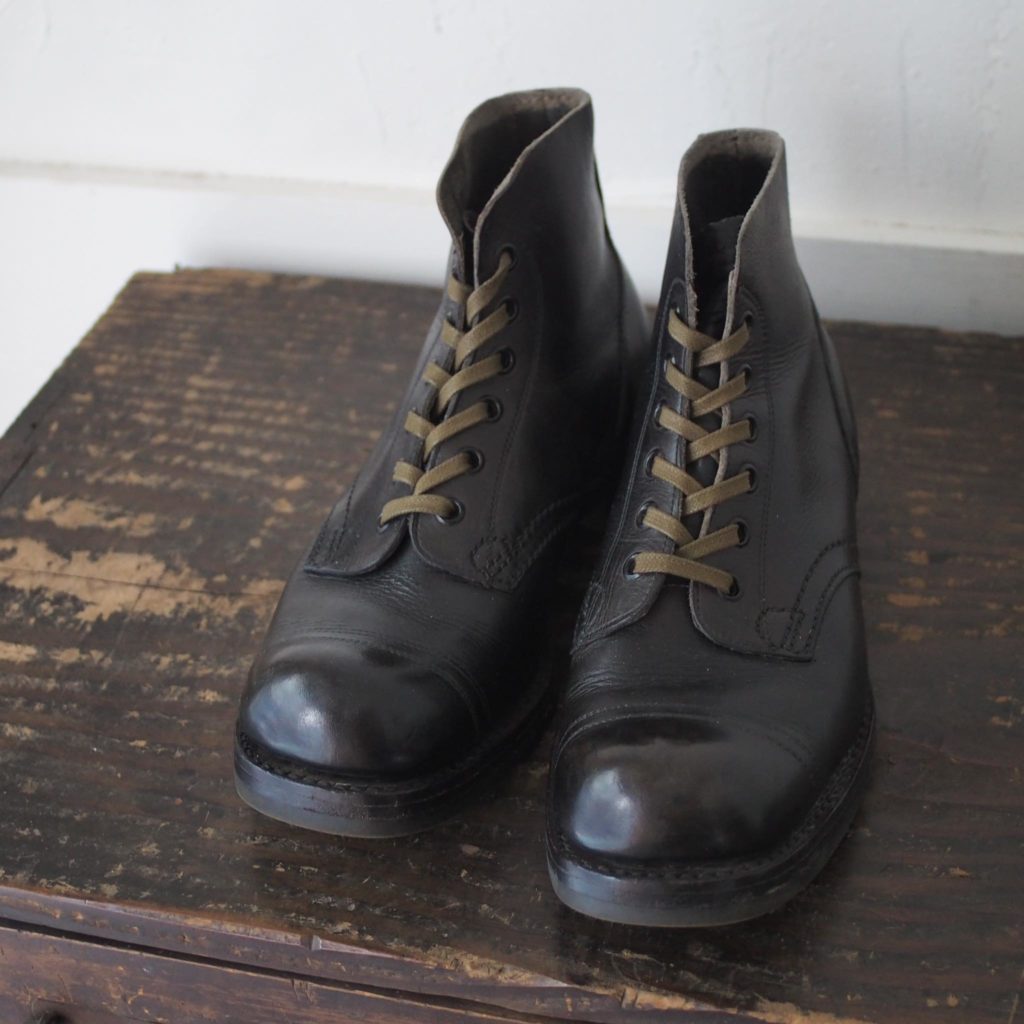 Dr. Sole was captivated by the simple, straightforward design of the 10085 Ankle Boot. They note that features like the faux cap toe stitching, the relatively few eyelets (only six instead of seven or more), and the single row of stitches along the heel counter (instead of three or four rows of stitching) may have been a reflection of the wartime necessity to conserve resources and to make do with quick, uncomplicated production. At the same time, Dr. Sole also recognizes the pattern to be a compelling example of minimalism, putting function well before form and leaving any extraneous bells and whistles behind. (Though we will say, there is something a bit playful about that swoop of stitching on the facings.) 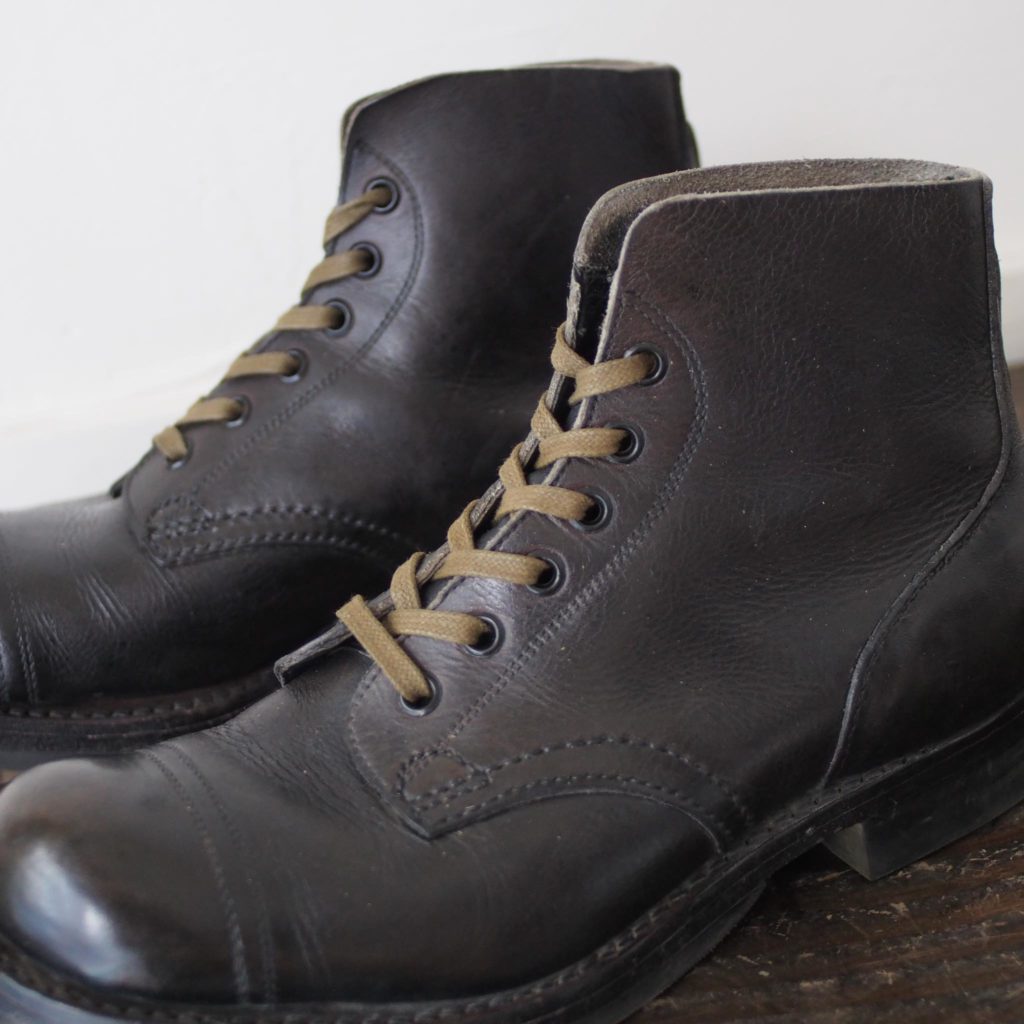 In a unique twist, Dr. Sole decided to build the OZ Trooper on the Munson last. While the original Australian Army boot appears to have been crafted on another, similarly accommodating shape, the Munson last is an American military creation from 1912, prior to the first World War. Edward Lyman Munson—who, as a senior officer of the US Army Medical Corps, studied thousands of soldiers’ feet—is credited with the last’s invention. He designed the last to fit a wide variety of feet, with a snug heel and arch area intended for maximum support, in tandem with a broad, slightly upturned toe that loosely follows the foot’s shape.

The OZ Trooper comes in two variants, both made with a 6-7 oz black oil-tan leather. The roughout version features a white contrast thread in the uppers, while the smooth version are made with tonal threads for a murdered-out appearance. Each pair is constructed with a 270 flat welt, a single leather midsole, and—what else?—Dr. Sole’s Supergrip soles and heels. The smooth variant gets the green color, while the roughout gets the black. Additionally, Lin brought our attention to the insoles. He notes that the gemming—the canvas rib commonly used by shoe factories to secure the welt to the insole—isn’t just glued on; there’s also a McKay stitch to provide additional reinforcement. With that stitch, there’s less of a chance of the gemming coming loose from the insole and potentially causing the boots to become misshapen. The addition of these stitches, along with the thick leather and Dr. Sole’s long-lasting Supergrips, make it clear that the OZ Trooper has been built with durability in mind. 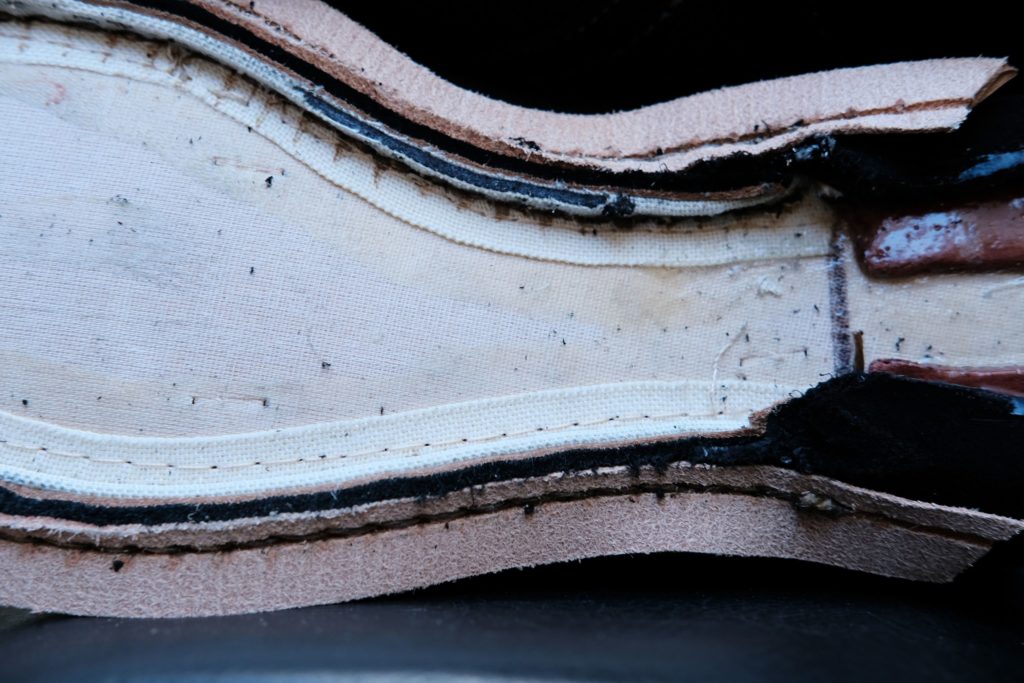 The OZ Trooper retails at $585, and will be available in US sizes 6.5 through 11. For the Munson last, the typical sizing advice is to go a full size down from your Brannock measurement if you have D or E width feet; folks with wider feet are advised to go only half a size down. If your size isn’t immediately available, Dr. Sole can produce additional pairs, with a 3- to 4-week lead time. (Though it appears some sizes may already be selling out completely!)

All in all, quite the impressive second outing for the Pioneer Brand. One wonders what kind of vintage pair Dr. Sole will be inspired by for their next release. Fingers crossed for some engineers…