Father’s Day is this weekend in the US! If you haven’t gotten Dad a card yet…absolutely do not, and get him some boots instead. Man you’re great.

Coinciding with that are some very solid sales, which you can find below, along with some new releases from Viberg, Grant Stone, Oak Street Bootmakers, and more!

Check out our previous Shoes ‘n Boots Of The Week here.

The Stitchdown Patina Thunderdome: 1 Pair of Boots. 7 Months of Wear. Over $10,000 in Prizes. Learn More Here. DR gave us a taste of C.F. Stead’s Ebony Unicorn leather last year on a Viberg Service Boot, and it’s back this time around on the Scout. Built on the 2030 last with a nice, comfy Vibram Christy sole. These boots were a sleeper hit last year, and Division Road is graciously restocking them. The Port Vitello Calf will patina like crazy (Thunderdome anyone??) and is a great match with the 2030 last and Ridgeway soles.

S&S has been one of the main horseman of the 310 chonkpocalpse recently, and this Dark Rubber (a color!) Dublin plain-toe may be the best of them yet. The rarely seen (from Viberg) slight woodsman heel provides a really appealing counterpoint to that 310 box toe, and it all rests atop a Vibram 430 sole. Chonk on!! New style alert! Grant Stone has unveiled their take on the chukka, which kind of turns the desert boot slightly on its head in creating something a touch classier, but retaining the crepe sole. Built on the Leo last with a 360 storm welt, these chukkas come in three flavors, including Grant Stone’s signature Crimson Chromexcel… Some folks have been clamoring for these for quite a while, and they’re finally here: a limited run of the split-toe Ottawa Boot in a lush midnight suede from C.F. Stead. Built on the Leo last with full leather soles. Another addition to Grant Stone’s stable of Chelsea boots comes in tan calf suede from C.F. Stead. Built on the UK last with Grant Stone’s own rubber stud soles. These Derbies are made with a gorgeous horsehide from Japan’s Shinki Hikaku tannery and should offer a great deal of versatility and comfort. Made with Withered Fig’s perennial-favorite 1035 last as well as Lactae Hevea crepe soles. WF’s Richard suggests on his blog that these would be a great Thunderdome entry. He’s extremely not wrong. At first glance, these loafers appear to be a solid, minimalist offering from OSB. But what’s really interesting about these particular Slip Mocs is that the leather is an extra-heavy 12 oz Chromexcel. (Most CXL you’ll encounter in footwear is roughly 6-8 oz.) With these shoes being made unlined in a natural color, they should mold to your feet and patina beautifully with each wear. 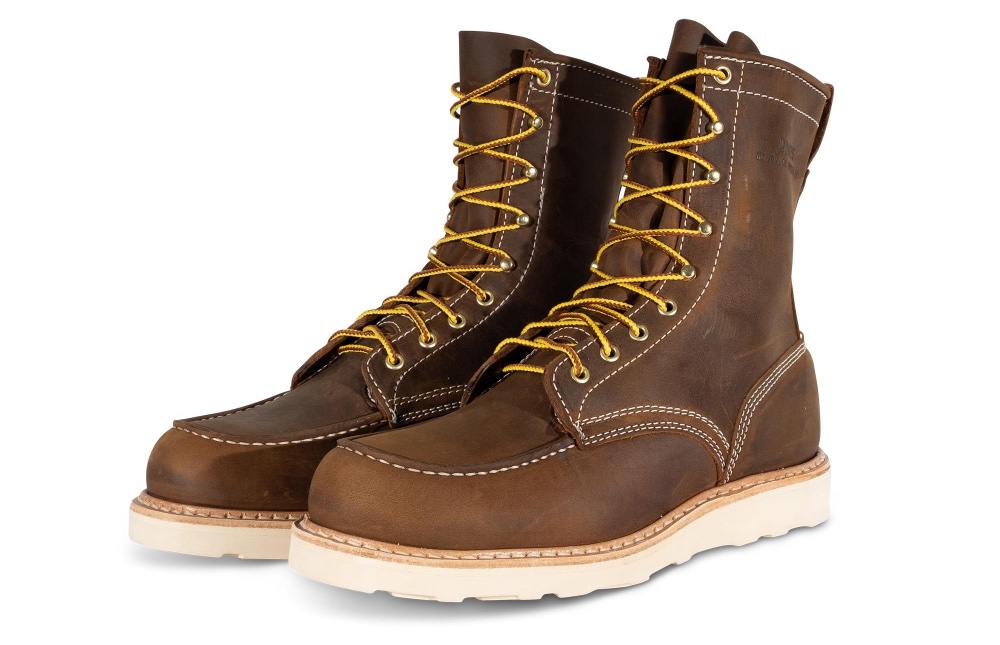 “I wish I was a little bit taller,” said noted philosopher Skee-Lo. I guess the Perry boot thought the same thing, and thus White’s is now offering their new-ish moc toe boot in a slightly taller model. Available in both brown distressed and black leather. Baller. Speaking of White’s, they’re offering 20% off a bunch of different styles for their semi-annual sale, including the aforementioned Perry 8-Inch. The sale runs through Sunday, June 20.

Baker’s is offering their own sale on White’s! This one is especially notable because it not only includes their various custom makeup options, but also their exclusive MP Boot and Semi-Dress styles in shell cordovan. Also runs through Sunday, June 20. Nicks is also getting in on the Father’s Day sale action, offering all of their stock configurations for 10% off through Sunday.

If your style is more sartorial, I’ve got some good news for you, too: Skoak is offering a bunch of models—from Enzo Bonafe, Lof and Tung, Saint Crispin’s, and more—for some deep discounts.